What Are The 10 Best States For Retirement? 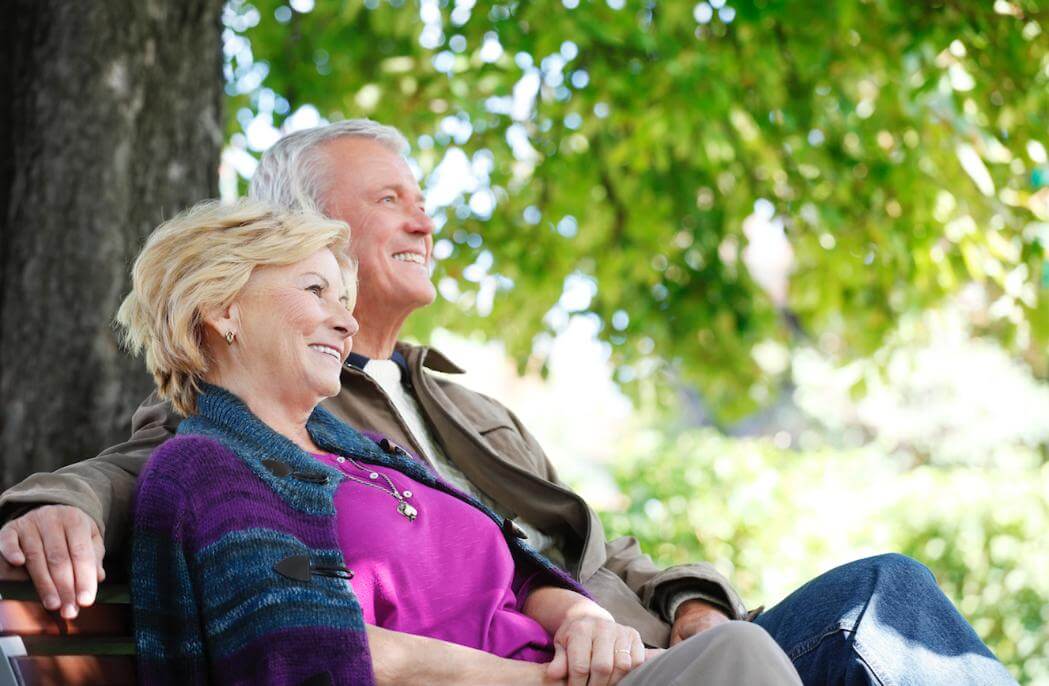 The very best place for you to retire might be on the beach, in the mountains, near family, or in the same house you’ve lived in for years. It’s a personal decision. However, if you haven’t already decided on a retirement destination, an objective analysis of your options can help narrow your search.

In its latest survey, Bankrate.com used six criteria to determine which states are the best and worst for retirees: cost of living, taxes, health care, weather, crime, and residents’ overall well-being. The results produced some surprises.

Traditional retirement spots didn’t fare as well as those generally not considered retirement meccas. For example, while many people think of beaches when considering retirement, only one of Bankrate’s 10 best states for retirement touches the Atlantic or Pacific oceans or the Gulf of Mexico. Some popular states also ranked poorly primarily because densely populated areas tend to be expensive places to live, and that can put a lot of financial pressure on those with a fixed income.

Many Western states did well in the rankings, mirroring the demographic trend that has prompted many Americans to move West in recent decades, drawn by majestic views, sunny skies, and easy access to outdoor activities.

Here are Bankrate’s top 10 states for retirement in 2016.

Nebraska may have a reputation for cornfields as far as the eye can see, but there are plenty of hidden gems in this Midwest state. In downtown Omaha, retirees can stroll the cobblestone streets of the Old Market, lined with restaurants, boutiques, and art galleries. Overall, the Cornhusker State offers a relatively low cost of living and ranks in the top half of states for low crime rates. Additionally, residents reported being slightly happier than people in other states.

Residents’ general happiness and satisfaction were measured in five areas: residents’ sense of purpose, positive feelings about their community, as well as social, financial and physical well-being. Nebraska scored particularly high marks in the social category.

Retirees who want to relax in a warm climate will be drawn to Arizona’s desert land. The state scored among the highest in the country for pleasant weather. On average, Yuma sees sunshine 90% of the year, while Phoenix and Tucson see rays 85% of the time. The sunny outlook could explain why people here report a fairly high level of happiness as Arizona ranked in the Top 10 for overall wellness.

Arizona also places a fairly low tax burden on its residents: 8.8% compared with a national average of 9.9% of income. A state’s tax burden is the amount of residents’ income that goes to state and local taxes. One downsize for Arizona is that crime is a bit of an issue. The Grand Canyon State is the only one in Bankrate’s top 10 that has a higher-than-average crime rate compared with other states.

Quality health care is particularly important to seniors, and Iowa is a great place to find it. The state received very strong scores for care affordability, and strong scores in people-centered care, effective treatment, home health-hospice care, and nursing homes.

The Hawkeye State enjoys relatively low crime, with the 16th lowest violent crime rate in the country. Iowa also boasts an affordable cost of living. In the Des Moines metro area, a half-gallon of milk averages $1.85, compared with the U.S. average of $2.25. Retirees who settle in Des Moines will enjoy attractions such as comedy shows, painting classes, and food and music festivals.

In Idaho, the dollar will go further than in many other states. Idaho’s cost of living and crime rate rank among the lowest in Bankrate’s database. Housing is extremely affordable as well. Median home values in Boise and Twin Falls are $258,125 and $267,000 respectively, compared to the national average of $312,874. The average apartment rental in Twin Falls is low at $622/month compared to the national average of $945.

Other perks of Idaho are its weather and many natural treasures, including large lakes, national forests, and canyons. Idaho’s five major cities are located on the picturesque Snake River or its tributaries.

There’s much to love about Montana, from the mountains to its prairies. The state has temperate weather that ranks above the national average, and residents report being happy with their surroundings. Although the cost of living here is just a hair below the national average, residents have a reasonable tax burden of 8.7%; only 11 states have a lower rate. Montana also has no sales tax.

Virginia earned the No. 5 spot on Bankrate’s list of best places to retire for the 2nd year in a row. It’s the only coastal state in the Top 10 ranking.

One of the main draws to the Old Dominion State is its low cost of living. In fact, Virginia ranks in the top half of all U.S. states for affordability. The average home price in the Richmond metro area is $265,703, much lower than the $312,874 national average. For a rental, you’ll pay about $893/month.

Outdoor enthusiasts will find no shortage of activities to keep active in Utah. The state boasts national parks, lakes, and canyons and in the colder months, snowfall is mostly confined to the mountains, which is great news for skiers. Overall, the state ranks 6th for best weather in the nation. Not only does Utah see lots of sunshine, it has remarkably low humidity.

Residents of Utah also report being happier than those in most states, particularly when it comes to financial well-being. Although taxes are a bit higher than in other states, the cost of living is below the national average.

Colorado has the 3rd best weather in the nation. The state sees ample sunshine and little humidity, particularly in cities such as Denver, which enjoys more than 300 days of sun a year.

There is plenty to do in Colorado, including golfing, skiing, visiting museums, and just enjoying the spectacular scenery such as the Great Sand Dunes, Pikes Peak or the Black Canyon.

Colorado also scores high for well-being, particularly in the social category where the states ranks 4th out of the U.S. overall. As if all this weren’t enough, residents of the Centennial State have a relatively low tax burden of 8.9%.

South Dakota made a big jump this year on Bankrate’s list, from No. 8 to No. 2. The state has one of the lowest tax burdens in the country at 7.1% and scored well for overall happiness, particularly when it comes to social well-being.

South Dakota winters can be fierce, but the state still receives an above average amount of sunshine. And, there’s plenty to do and see all through the year, whether you want to visit Badlands National Park, Mount Rushmore or the Air and Space Museum. Or, ski at Black Hills which receives over 200 inches of snow a year. It’s no wonder that South Dakota is often referred to as the “land of infinite variety” for its scenery.

For the second year in a row, Wyoming earned the top spot. Like South Dakota, it has among the lowest tax burdens in the country at 7.1%. It also scored well below the national average for crime rates.

Overall, residents are very satisfied with their lives. That may have something to do with their beautiful surroundings. Grand Teton National Park, Yellowstone National Park, and the Devils Tower National Monument are just a few of the national treasures in the Cowboy State.

When it comes to weather, Wyoming gets it right. The state enjoys a fairly cool climate and summer nights are mild. Humidity is also super low, making it the perfect place for retirees who don’t like stuffy summers.

So, where did some of the traditional retirement hotspots fare in the rankings? Florida came in 28th, dragged down by a high crime rate and below average health care quality. Hawaii came in 45th largely because it has the nation’s highest cost of living.

Are You Getting Ready To Downsize?

Are you are thinking about retiring and downsizing to a smaller residence? If so, check out our FREE Rightsizing Guide, which provides useful tips and strategies on how to simplify the downsizing process. For further information, contact the trusted real estate professionals at the Eric Stewart Group, who have helped more than 2,500 happy clients buy and sell homes.